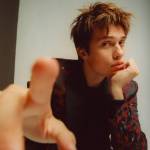 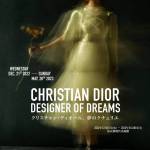 Beirut’s Nur Jaber has joined forces with rising producer Luca Eck for their first collaboration – an earth shattering three track EP on her own label, OSF. Both formally Berlin based, the techno talents have forged a relationship both in and out of the studio. Luca delivered an accomplished contribution to Nur’s ‘Planet OSF’ compilation back in 2021. The pair have a background in classical music, with Nur studying at Berklee college of music and Luca composing from as young as 11 years old. Combined, they create a smooth combination of robust and textured techno with subtle signature techniques from their unique individual influences, resulting in each production brimming with emotion.

Title track ‘Fall to Pieces’ is an explosive rework of KUMMER’s pop sensation “Bei Dir”, featuring Nur’s yearning vocals and eerie, misting pads that float under the kick whilst ascending light keys are blending in – a classic Luca Eck touch. Hurried percussion builds on the intensity while the sample gets louder, coming to the forefront with razor synths. The synergy between the hard and soft elements is flawless, generating a driving track edged within a dystopian world.

Subsequent track ‘Fatima’s Prayer’ is unrelenting yet maintains a dark, ethereal element thanks to the haunting sample that reverberates throughout. Echoing above a robust kick and growling synths, sharp percussive swipes and hollow bangs form an anxious air that menacingly hazes until close. Up next is ‘Violence’ with a raucous kick and hurried keys climbing frantically. A minor breakdown sends a celestial vocal to the forefront, building the chaos in the background before allowing a brighter arrangement of keys to drive the track onwards. The cut bounces from dark to light, with moments of tranquility ravaged by the galloping kick, instilling the feeling of running, escaping.

IN CONVERSATION WITH NICHOLAS GALITZINE