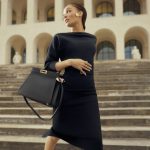 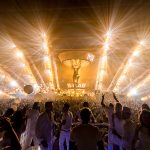 In the solo exhibition ‘Twist’, Museum Kranenburgh will present studio and travel photography by photographer Bastiaan Woudt from Saturday 16 April 2022. ‘Twist’ is the first museum exhibition from Woudt’s, who grew up in Bergen, which has achieved international breakthrough in recent years with, among other things, iconic and timeless black-and-white portraits. Woudt’s solo fits perfectly in Kranenburgh, which likes to give the stage to exceptional Bergen’s talent, whom’s work relates in an interesting and successful way.

Inspired by historical examples and using modern digital techniques, Woudt evokes atmospheres of traditional analog photography. At the same time, his photos are contemporary and unquestionably made by him. His portraits and travel photography are emphatically about form, structure and materiality; yet it is based on very different work processes.

Bastiaan Woudt – Twist comprises approximately twenty-five large-format works from international collections of galleries, private individuals and institutions and can be viewed from 16 April to 18 September 2022 in the new building of Museum Kranenburgh. A special public program has been developed for this exhibition. More information about this can be found on krakenburgh.nl/te-doen.

“My exhibition in Museum Kranenburgh is a dream come true. All the more so because I grew up in Bergen and therefore know the museum well.” – Bastiaan Woudt’

Essence in black and white
Inspired by famous photographers such as Man Ray, Irving Penn and Richard Avedon, self-taught Bastiaan Woudt started taking photographs ten years ago. In the footsteps of these analogue masters, Woudt uses contemporary studio photography and digital techniques. He quickly acquired international fame for his work, this was recognisable by the powerful combination of black and white contrasts and, at the same time, a velvety texture.
According to the photographer, colour only distracts from the image. According to Woudt, the graphic power of photography, the lines, shapes and textures come into their own best without colour. For him, this is the essence of photography: an image in black and white takes away a part of reality. So don’t look for a realistic representation of a place, person or object. He wants to ‘take the viewer along’ into an image, and let them discover their own ideas and feelings about it.

Shape structure and materiality
It is, among other things, his studio work with which Woudt has made his international breakthrough in recent years. The clear lines and circular objects in his portraits characterise ‘a real Bastiaan Woudt’ and emphasise that his images revolve around form, structure and materiality. This also applies to his travel photography. Yet Woudt’s working method during his travels is completely different from that in his studio. Often when he travels, he only has a few seconds to capture an image, where he can experiment endlessly in the studio. But whether he is traveling or working in his Alkmaar studio, an image arises at the decisive moment, as photographer Henri Cartier-Bresson already put it: when a visual highlight coincides with a dramatic highlight.

Bastiaan Woudt
Bastiaan Woudt (1987) grew up in Bergen. He made photo series during trips to Morocco, Uganda and Nepal. In 2014 Woudt received a nomination for the SO Awards, in 2015 he was named New Dutch Photography Talent. In 2016 the British Journal of Photography named him as one of ‘the ones to watch‘, and he received the Van Vlissingen Art Foundation Prize. His work is represented internationally by Bildhalle Amsterdam, Bildhalle Zurich, Atlas Gallery, London and Jackson Fine Art, Atlanta (USA). In addition to his free work, Woudt makes commissioned photography for magazines such as British Vogue Harper’s Bazaar, New York Magazine, Volkskrant Magazine and l’Officiel. Woudt’s photography was shown at leading photography fairs such as Paris Photo, Photo London, Art Miami, Photo Shanghai, APAID New York and PAN Amsterdam and was successfully auctioned at Christie’s, Sotheby’s and Phillips, among others.