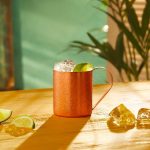 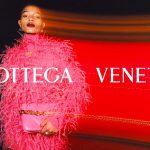 Instead of opting for the expected seasonal campaign shooting and video, Balmain partnered with Channel 4 to create a five-episode dramatic series called “Fracture”. The story takes place in the outskirts of L.A., at Le Rêve, a run-down motel that serves as the temporary home for a cast of incredible characters. And just as in every Balmain creation, music plays a central part of the “Fracture” plot, which focuses on songwriter Mya (Jesse Jo Stark), as she works through some creative and familial issues with the help of her sibling Ari (Tommy Dorfman), her friend Edie (Ajani Russell) and the poet Noa (Charles Melton).

Balmain Creative Director Olivier Rousteing gave each talent the unique opportunity to choose the Balmain FW21 looks they felt most accurately reflected their character. Tying a strong sense of freedom and adventure to both the series and the collection, while all hair products and accessories used are by Balmain Hair Couture.

Also present at the Le Rêve motel was Balmain Hair Couture campaign model Jordan Barrett, as can be seen in our final FW21 campaign images and with a small part in “Fracture”. The FW21 campaign includes all the Balmain Hair Couture collection elements, a powerful combination of Couleurs Couture, care and styling, and hair addition presents robust fashion for Men and Women from all over the world.

“Fracture” can be streamed worldwide on the website: www.fractureseries.com. The Fall Winter 2021 collection from Balmain Hair Couture and its limited editions are available in selected salons, luxury retailers and via the Balmain Hair Couture e-boutique: www.balmainhair.com

THE BEST BACARDÍ SPICED COCKTAILS TO DRINK THIS SUMMER