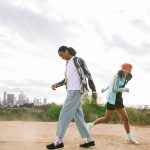 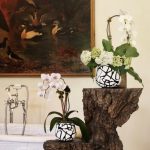 Balmain is proud to announce the launch of the first season of L’Atelier Balmain, the house’s new podcast. Each episode of the 10-part series concentrates on one key aspect of Balmain’s extraordinary history, celebrated signatures and singular DNA. As the podcast travels from Saint- Jean-de-Maurienne, (the small Alpine village where Pierre Balmain was born just before the beginning of the First World War), to 44, rue de François Premier, (the iconic Parisian address where the designer’s eponymous couture house was born just as the Second World War was ending), Balmain’s Creative Director Olivier Rousteing joins with fashion’s leading writers and historians to investigate and discuss the key themes, personalities and design moments that set the 75-year-old house apart.

The first season of L’Atelier Balmain begins with a recounting of the province-to-Paris pathways of the house’s first and most recent Creative Directors. The episode highlights how a mix of sheer will, hard work and extraordinary talent enabled both Pierre Balmain and Olivier Balmain to convert childhood dreams into reality.

In the podcast’s second episode, which concentrates on the importance of heritage for the house, Olivier Rousteing makes clear that one cannot separate the house’s distinctive codes and easily recognized silhouette from its unique history of optimism and audacious daring.

L’Atelier Balmain’s third episode concentrates on the risks, struggles and bold moves behind Pierre Balmain’s very first collection for his newly established house. Three-quarters of a century ago, that brief fashion moment helped open the door to a new, golden age of post-war Parisian couture. And what Alice B Toklas defined as Balmain's distinctly New French Style would also help to establish the firm foundations that the house of Balmain continues to build upon today.

The upcoming fourth episode relies on a group of leading fashion historians, experts and authors, to highlight the many design and cultural icons who attended that first show, praised the collection and helped guarantee the success of one of the Paris fashion world’s biggest post-war stars—Pierre Balmain.

Future podcast episodes in the first season will shine the spotlight on the muses, monarchs and models associated with the house, as well as the inner workings of both Pierre Balmain’s and Olivier Rousteing’s Balmain. The L’Atelier Balmain podcast is now available on Apple Podcasts, Spotify Podcasts, Youtube and at balmain.com.