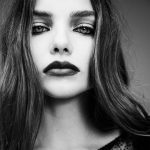 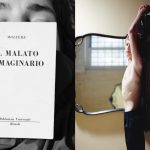 Fashion Lifestyle Music On the Playlist

Balenciaga is now on Apple Music, curating exclusive playlists. Balenciaga Artistic Director Demna Gvasalia has personally chosen a group of influential artists to create original playlists that will be announced over time, along with limited-edition Balenciaga product releases.

Artists whose work has greatly inspired Demna throughout his life were invited to share their own musical universes with personal references and music they themselves enjoy listening to. The resulting playlists will be available exclusivelyvia Balenciaga’s curator page on Apple Music.

Along with each playlist, a collection of limited-edition products inspired by these chosen artists will be available to purchase in select stores and on Balenciaga.com. These items loosely reference the merchandise and backstage gear found at live music venues or clubs.

“The Balenciaga x Apple Music playlists will be by some of my favorite music artists, each of whom I have personally selected,” said Demna Gvasalia about the new endeavor. “These playlists will represent their personal tastes and influences, giving insight into what they listen to in their own lives.

“To launch the project, I decided to release my own playlist, including somefavorite tracks that I listen to every day. This playlist is a musical introduction andrepresentation of me. This is why it is called Hello, My Name Is Demna.”

Demna’s playlist is available September 10th at 6pm CET. It features 13 hours ofhis favorite music, including tracks by some of the artists that will later provide Balenciaga playlists. The first limited-edition merch products feature nametag graphic that reads Hello, My Name Is Demna.

In conversation with Damon Baker