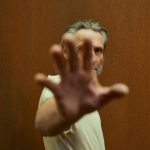 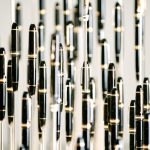 With years of knowledge and experience, Shonky is a master of his craft, possessing an abundance of talent both on the decks and in the studio. He has traversed the globe, delivering his brand of groovy house to club and festival audiences from Miami to Moscow and everywhere in between. We had the pleasure to speak to him about his new album ‘On the Run’, his label Stone Pilot and his perspectives on life as an artist.

YOU ARE ONE OF THE KEY EXPONENTS OF YOUR HOMETOWN PARIS. WHEN WAS YOUR FIRST ENCOUNTER WITH MUSIC AND THE ELECTRONIC SCENE?
I was out a lot back then in Paris you would find me in that club called ’Le Duplex’ which was a mix between hip hop and electronic music. But the most important club for me at that time was ’Les Bains Douches’ it was really popular. I immediately felt that I belonged there when I first went. There I also met my partner and best friend Dyed Soundorom. I just loved the energy. After a while, we went to Batofar where my other partner was doing his after-party called ’Kwality’. It was around 1998 and 2001, after that the clubs and parties changed. But those three years and clubs have been fundamental not only because I was hanging out with Dyed, but I also bought my decks in 98. I didn’t know any DJs but I wanted to have the music of the club at my place and the only way at that time was to buy turntables and play records.

HOW DO YOU PERCEIVE THE ELECTRONIC SCENES IN PARIS, BERLIN, AND AMSTERDAM?
I love the Berlin scene, I love the parties and I love the fact that it is diverse in many different ways and styles. There are a lot of passionate people who are involved in music, living their dream, trying to DJ, and making music. I left Paris in 2007 because I wanted to discover something new and fresh. The Parisian scene has grown and there are a lot of different things outside Paris. But every time I go abroad I love to come back to Berlin. I love to go and play in Amsterdam. There is always such good energy. It’s the country of festivals. I love how dedicated they are to making things right and welcoming you the best way. It’s always a pleasure to go there and it’s also one of my favorite spots to go and play. We had this amazing party called ’No Art’ with a thousand people and an incredible line-up – I was closing the night and it was just beautiful.

HAS YOUR SOUND CHANGED OVER THE YEARS? It started with house and deep house, minimal came a little bit later. After the years I became more techno-oriented but never went above 130 BPM. I like mostly everything; techno, deep house, electro, or acid as long as it’s groovy and hypnotic. As long as it fits my DJ set I will go for it but I’m not going to play something too jazzy, techno, or industrial. But once again, I’m open to everything and I don’t really set myself limits.

AFTER 15 YEARS, YOUR NEW ALBUM ’ON THE RUN’ DROPS ON APRIL 25TH. CAN YOU TALK TO ME ABOUT THIS PROJECT?
I was releasing a remix and an EP for the label Third Ear. I always enjoyed the label, and I value my relationship with Guy the label manager. A little bit before Covid I had sent music to Guy, he liked it and told me that he wanted to do an album. That was exciting news for me just because it has been a while since I was doing an album. In the end, it took a lot of time because Covid was involved it was not easy not knowing when it will be released. But I’m happy that we’ve eventually created this together.

HOW WOULD YOU DESCRIBE THE SOUND OF THE NEW RELEASE, WHAT ARE THE KEY ELEMENTS?
In the past years, I was building a studio above my flat and I got a lot of new equipment and gear. For me, the most important in the process is not to intellectualize, every time I go to the studio, I do a session on my own or with people, and at the end of the day there will always be a track, it can go in any direction but at the end of the session, one track is done. I always try to work on elements of certain tracks and keep playing with them and developing. Of course, there are synthesizers that I like more than others. I like to work with the Cirklon which is like a sequencer. I love to work with drum machines like the MPC 3000. It’s nice to use a synthesizer and to use pads, different sounds, and different delays, and use the tools that I have in my studio to make something more original. In general, I have a lot of gear and I go with the flow. There is not a special key element, but what I enjoyed is that there is a bit more diversity in the album. There is no rule and once again, for me, the most important thing is to have fun and to make something that I like and not to do something that is not me. Of course, you get influenced by the music you’re buying and by the music you’re hearing in clubs, but it’s important to stay true to yourself. So even though it gets a bit more breaky or electro or techno, I can get influenced by that, but I always want it to stay my style.

TELL ME MORE ABOUT YOUR LABEL. WHAT IS STONE PILOT ABOUT?
I’ve always enjoyed making music with people. Everyone brings different energies or visions to the table. I love to exchange and I love to have a good time with friends. The most important thing is to have a good time together. During Covid, I did a lot of music with a lot of people and at one point I was asking myself if I should do a label where I release music collaborations. It’s not about the big achievements but about creating something together and seeing the results. I did a lot of music with Otis, who I have been friends with for a long time. At some point, I asked him to join Stone Pilot for the first release and so we picked the tracks that we enjoyed the most. I love Humaniser, I actually love all four of them. We had a great time. It was a nice project and I’m happy to have him on board and do this first release with him. That’s the story behind the label. Nothing too complicated. Friends making music together.

AS AN ARTIST, IS IT IMPORTANT TO YOU TO REINVENT YOURSELF MUSICALLY AGAIN AND AGAIN AND TO BREAK OUT OF CERTAIN PATTERNS?
The most important thing is to stay true to yourself. I think we all have a signature like Moodymann is using disco samples, or if you take a look at guys like Ricardo Villalobos, Omar S, or Dj QU, everyone has their own unique style and signature. I get influenced by those great artists, by the way, they produce and the way they mix. We all use the same drum machines and elements, like a 909, or 808, but you need to develop your own style. I’m not trying to reinvent myself, I try to get influenced by what’s going on around me. It’s more like a natural process, I’m not forcing myself, I like to keep a natural flow. I always tried to keep my way of mixing or my way of editing, I like when people in the clubs ask me if that’s my track. My music and style need to fit into who I am. Embrace what you are. I’m just Shonky and I like it this way. Of course, it’s a journey and takes time, but I’m glad and I’m feeling really good at the moment. Life is short and times were not easy the last few years, so I just want to enjoy it.

THE TOPIC OF OUR UPCOMING ISSUE IS BALANCE – HOW DO YOU ACHIEVE BALANCE IN YOUR LIFE, AND IS IT SOMETHING IMPORTANT TO YOU?
Balance is the key in everything I do. I have some really intense and long weekends, I love to party and play long sets. But during the week I try to balance it out and strive for a more healthy lifestyle, be more relaxed and take it easy. Even during my sets, I try to find a balance between different styles. Balance is everywhere, and that’s the key. If there’s no balance it gets complicated. Doing things in an extreme way might be working out for a while but after that it gets exhausting, that’s why I try to balance everything out, it helps me and I feel good with it.