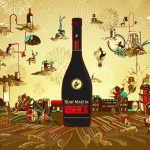 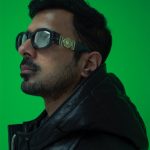 Back in Trend the New Balance 550

The 550 is thir first true lifestyle expression of New Balance Hoops. Back in trend!

Taking inspiration from the 1989 original release, the return of the 550 is a celebration of basketball culture and roots. Originally worn by pro ballers in the ’80s and ’90s, the new 550 was purposefully designed to be simple, clean, and true to its legacy.

As a nod to the design's vintage status, Santis' collaboration featured off-white leather and slightly-yellowed midsoles for an aged look.

The retro rollout began through a collaboration with Teddy Santis’ Aime Leon Dore and has since seen a steady stream of general release colorways, each of which has all quickly sold out.

New Balance sneakers are returning to the limelight for their trendy "dad shoe" aesthetic and famously chunky silhouettes. From the iconic, normcore 990s to the daring and contemporary 327s, the shoes have garnered millions of fans over the years—including a lot of celebrities wearing the 550’s. Below are seven of the most popular people wearing the New Balance 550 kicks.