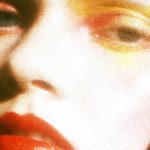 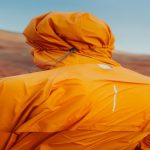 Taiko Cuisine, the Contemporary Asian Inspired restaurant by chef Schilo van Coevorden at the Conservatorium hotel in the heart of Amsterdam, takes its name from the old Japanese drums with their fabulous rhythm. Every weekend, a Taiko drum-player accompanies the intense, yet refined, Asian flavours of Schilo's dishes with melodic, atmospheric sounds. The style of the menu and kitchen has evolved over the years, influenced by different cuisines from all over the world. The basis, however, always lay and still lies in classic and often simple methods of preparation, which showcase great respect for the purity of fresh local and seasonal products. www.taikocuisine.com

In honour of the five-year anniversary of restaurant Taiko in Amsterdam, Executive Chef Schilo van Coevorden takes you on the journey he has taken to become the chef he is right now, celebrating the sources of his inspiration. In 2019 and 2020 five exclusive four-hands dining experiences in collaboration with international chefs selected by Schilo will celebrate this special milestone. The collaborating chefs have influenced Schilo at some point in his career, up to future developments with Taiko in 2020. Expect beautifully composed dinners with modern Japanese influences to traditional French cuisine in combination with Schilo’ssignature dishes.

On Sunday 3 and Monday 4 November last year he kicked off with Albert Adrià, known for the world-famous restaurant El Bulli and owner of the gastronomic amusement park: El Barri (Pakta, Enigma, Hoja Santa, Tickets, Bodega 1900). During this evening, Adrià and van Coevorden pay tribute to the Nikkei cuisine, the best of Japanese andMediterranean gastronomy. In February 2020, it is the turn of self-taught chef Hisato Hamada, mastermind behind the $180 sandwich "wagyu katsu sando" and co-owner of the Japanese restaurant concept Waygumafia. In March 2020, van Coevorden cooks with three-star chef Gérald Passedat, owner of Le Petit Nice and according to van Coevorden, the world's best fish chef. In April 2020, top chef Bobby Geetha will visit to Taiko. Geetha is currently responsible as corporate executive chef for Asha’s for 18restaurants in England and the Middle East. The fifth chef to end this year full of celebrations with, is still a surprise and will be announced later this year.

Schilo van Coevorden: “This anniversary year, various chefs from the absolute world- top of gastronomy are coming to Taiko. Various chefs from various disciplines who have inspired me in my career path. It is an absolute honour to cooking together with these great chefs. "

Newly renovated Taiko Bar is now open. What first started as a playful flirt between kitchen and bar, inspired by a shared love and passion for Asia, has now grown into a new phenomenon – launched on the 5thYear Anniversary of Taiko: Taiko Bar. With excellent service from some of Amsterdam’sbest bartenders, supreme bites from Taiko Cuisine and a cocktail menu that makes youfeel like you’re in a speakeasy in Roppongi, guests can expect all of this from thewelcoming and casual setting of Taiko Bar. On the weekends, DJs create a club-likeatmosphere and there’s a high-energy karaoke night for a memorable night out with friends. Taiko Bar translates the sophisticated nightlife of global cities such as Bangkok, Tokyo and Shanghai into the intimate, cosy setting of an Amsterdam neighbourhood pub.

The menu is truly spectacular, and through-out the dining experience very exciting. The restaurant also offers very exclusive and unique range of wines and cocktails. All around it truly is a unique dining experience and we highly recommend it.