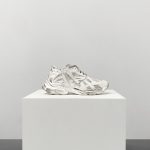 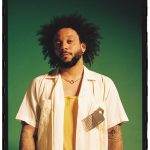 Auroboros, the digital-native luxury fashion house, is officially closing the World’s first Metaverse Fashion Week hosted in Decentraland. Experience the one of a kind show with a virtual performance by Auroboros’ first muse and superstar Grimes.

Auroboros is marking this historical moment of the MVFW with the opening of our community, the Auroboros Vault, beginning with the uniquely immersive experience and headline performance of our ethereal muse and acclaimed singer Grimes. Celebrate with us this unforgettable moment and the launch of our anticipated Auroboros Vault community, where luxury fashion bridges the Web 3.0 space, together with UNXD.

Experience a 360 immersive soundscape like never before by Grimes in her avatar form, from her DJ set accompanied by AI integrations, to a floating stage and celestial light show. Inspired by the organic shapes of the Biomimicry collection, the show space is designed in mind for visitors to submerge in Grimes’s performance and see the leading Auroboros digital collection up close. Grimes will be seen exclusively dressed in the Auroboros ‘Mystique’ bodysuit inspired by cult sci-fi films like X-men and Black Panther.

The visionaries and founders of Auroboros – Paula Sello and Alissa Aulbekova, officially announce their long term partnership with the curated NFT platform UNXD; renowned for bringing iconic luxury fashion and the most culturally significant moments into the metaverse. The union begins alongside the MVFW show and the Auroboros Vault community launch. The initial kick-off presents the cutting edge virtual space and stage of Grimes’s performance, showcasing a world beyond physical limitations. Follow and join the Vault community for the special announcements throughout the week and following months in the lead up to Auroboros Genesis unveiling.

‘Biomimicry’, the groundbreaking collection was the world’s first to be debuted at London Fashion Week and later showcased at the Victoria & Albert Museum with a physical couture display of a real-time growing gown worn by the robot Ai-Da. Inspired by science fiction, nature and mythology the collection is a perfect symbiosis of limitless digital imagination and the latest scientific and technological advances of the 21st century pioneering a new cultural identity and aesthetic for the metaverse. This has already seen an impact on over 2.5+ million people experiencing Auroboros. Embodying the ethos of the brand, the pioneering collection was made to be fully sustainable and all body and gender-inclusive

“The creativity that Paula and Alissa are bringing to digital fashion is unmatched and we’re excited to have Grimes participate in their first-ever Metaverse Fashion Week in Decentraland” – Konstantin Elchev, Grimes Web3 Partnerships

Auroboros is the luxury fashion house native to the metaverse creating a utopian premise for the near future. Auroboros seeks to evolve the luxury industry into deeper dimensions: challenging how we imagine, design and affect clothing consumption. Spotlighted at an early stage by the Sarabande Foundation established by Lee Alexander McQueen, Auroboros is known for its pioneering approach to fashion. Featured by internationally renowned media outlets, including Forbes, Vogue, Business of Fashion, WWD, and The Guardian, Auroboros has received honourable recognition for being at the forefront of innovation, sustainability and immersive design.

Sello and Aulbekova are the founders and visionaries of the digital-native luxury fashion house Auroboros. Together the duo specialises in couture, creative direction and creative technologies with a strong focus on innovation and sustainability. Receiving various international awards previously, the duo has lectured and spoken at Harvard Business School, Christie’s, Central Saint Martins, BoF Voices, and Fashion Revolution.

About Grimes: Claire Boucher is the producer of the alter ego Grimes and an award-winning music video director, as well as a music writer, artist, producer, engineer and singer-songwriter. The world got its first glimpse of this vision on her 2010 full-length debut, “Geidi Primes,” which drew its inspiration from Frank Herbert’s “Dune.” Her sophomore outing, “Halfaxa,” followed the same year. Over the course of three weeks, 2012’s “Visions” came to life in her apartment and would be recorded solely on GarageBand. 2015 marked a commercial breakthrough on “Art Angels.” It appeared in the Top 5 of year-end lists by Pitchfork, Billboard, Consequence of Sound, The New York Times and Rolling Stone, in addition to being named Album of the Year by Stereogum, NME and Exclaim! In 2018, she made another conscious evolution, turning back to formative influences, such as Tool and Nine Inch Nails for inspiration — a style first hinted at on 2016’s “Suicide Squad” soundtrack contribution, “Medieval Warfare.” In 2020 she released “Miss Anthropocene,” a concept album about an anthropomorphic goddess of climate change, which received rave reviews. The album title stems from the words Misanthrope, “a person who dislikes humankind and avoids human society,” and Anthropocene, “the current geological age, viewed as the period during which human activity has been the dominant influence on climate and the environment.” In 2021, she set the NFT world on fire with the release of WarNymph Collection Vol 1 By Grimes x Mac. The collection contains 10 artworks, including a unique video work set to original music composed specifically for the project. Additionally Grimes appeared as a judge on Fox’s virtual avatar competition show, “Alter Ego.” Through the character of WarNymph and her decentralised AI girl group NPC, Grimes explores the fluidity of identity in the virtual age: the ability to create, augment and splinter ourselves into unlimited avatars

UNXD is the curated NFT marketplace for the best of digital luxury. Believing that culture is currency, their NFTS has revolutionised the market around digital culture. UNXD is focused on providing collectors with the best items and experiences. Created by the team behind prominent international editions of both Vogue and WIRED, UNXD focuses on crafting digitised stories and creating significant cultural moments transcending physical and digital boundaries.