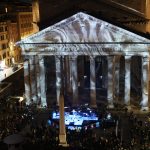 With a reputation for putting on events in the city’s most unusual spaces, Audio Obscura are heading back to RAW Factory for an outdoor King’s Day event on April 27th. Audio Obscura will transform G-Star’s prestigious headquarters into a house, disco and techno mecca after hosting three of the most talked about events of ADE.

Situated next to the industrial Zuid-Oost area of Amsterdam, RAW Factory is a striking, modern building inspired by an aeroplane hanger. With floor-to-ceiling glass glistening across the long industrial style building, the radiant energy of an incredible line-up of world-class DJs will welcome a flurry of international and local party-goers.

Kicking off proceedings will be the highly-respected Amsterdam-grown duo Kamma & Masalo, set to deliver dance floor go-to’s, recent digs and personal classics. London-based producer TSHA will take over the decks and deliver an eclectic mix of rave, ‘90s dance, house, techno, soul, and disco. The Blessed Madonna who remains  one of the most celebrated DJs thanks to her eclectic, joyous sets will headline the event. Revellers can expect anything from classic electro and new wave to the latest techno and house white labels. Fellow American DJ and headliner Honey Dijon will then take the reins. Renowned for not adhering to any particular genre, fans are in for a boundless and high-energy performance from one of the most highly-sought-after artists of the moment.

Audio Obscura have carved out a name for themselves as a Dutch institution, binding the legends of underground dance music with tomorrow’s innovators against a backdrop of esteemed and historic venues. After a hugely successful debut at RAW Factory last year, Audio Obscura’s next takeover looks set to be one of the most in-demand events of the King’s Day weekend. Tickets will go on sale Wednesday, March 23rd.

Pictures for Purpose Returns with print sale fundraiser for Ukraine