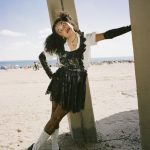 Swiss Haute Horlogerie manufacturer Audemars Piguet is delighted to welcome British-American DJ, songwriter and record producer Mark Ronson as new Brand Ambassador. Mark Ronson’s uncompromising and free-spirited approach to music stronglyresonates with the brand’s identity at the crossroads of tradition and avant-garde. Furthering Audemars Piguet’s long-standing engagement in the world of music, this partnership announces many surprises in the months and years to come.

Internationally renowned DJ & Oscar, Golden Globe and 7-time Grammy Award winning artist and producer, Mark Ronson was fascinated by music from a young age. He made his debut as a DJ in New York in the late 1990s and received much acclaim for his blend of funk, hip-hop and rock. In 2003, he released his debut album Here Comes The Fuzz but it was his ground-breaking 2007 albumVersion that catapulted him onto the global scene.

He has collaborated with a wide variety of artists including Amy Winehouse, Adele, Lady Gaga, Miley Cyrus and Queens of the Stone Age, to name but a few. His Grammies include Producer of the Year for the Amy Winehouse Back To Black album and Record of the Year for his Bruno Mars collaboration“Uptown Funk.” In 2018, he won an Oscar for co-writing “Shallow” from the film A Star Is Born.

In 2021, Mark co-produced and hosted the acclaimed Apple TV+ documentary series Watch the Sound with Mark Ronson, created by Morgan Neville. The series explored the creative process in addition to the role new technology plays in musical innovation. He also hosted seasons 1 and 2 of the successful Fader Uncovered podcast. Each episode features in-depth conversations with theworld’s most impactful musicians, discussing the past, present and future of music and artistry.

Audemars Piguet’s partnership with Mark Ronson fits in with its music programme debuted in 2019, through which the brand fosters enriching dialogues amongst artists and invites the community to live unique encounters brimming with emotions. As Brand Ambassador, Mark Ronson will accompany Audemars Piguet in its mission to push human talent further to create the extra-ordinaryand touch people’s heart—a mission which resonates with the talented artisan community that the Manufacture has supported and grown in the Vallée de Joux since 1875. Stay tuned!

“Being in AP’s factory, I really noticed this attention to detail and this combination of analogue instruments and soulful maestros who make watches. It is so similar to what we are doing in the studio with our heritage, in the sense of dedication and craft.” Mark Ronson DJ, songwriter and record producer

“It is such a pleasure to work with someone like Mark who constantly pushes us to go further and seek excellence ineverything we do. We have found each other.” François-Henry Bennahmias, Chief Executive Officer, Audemars Piguet

In conversation with Sofia Bryant

In conversation with Emma Laird