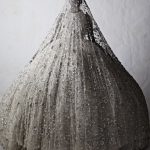 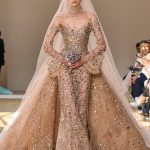 KIDS OF UNIVERSE is a tribute to the memories and childhood, a “memory” collection that returns to the youth of the designer Lilia Yasmin, inspired by the joy of her summer vacations spent with her family.

Simple moments, cradled by the cultural heritage and the secular art of Algeria. The label ATLAL FROM GALBI opens once again the doors of its universe which advocates multiculturalism and the richness of traditions and culture through sharp design translating this mix of influences.

A highlight of childhood with its dreams, memories, references and problems. Moments that inspired the designer to create a wardrobe which tells a story, her story, but also the one of children from minorities that once they growing up, do not feel represented in the world of arts and especially in the casting.

The story of “Kids of Universe” exposes the daily life of the “second home” the home of the Roots and the energy of the Family ; a warm atmosphere animated by the conviviality of its hosts. A unique energy, punctuated by the multiple people inside the home always in movement, with the neighbor, the aunt, the cousin who come and go.

There is always noise, someone cooking new pastries and cakes to taste, recipes that only the family has the secret.

Kindness and sharing in a colorful atmosphere, this is the rich mix exposed by this new collection. The shooting of the campaign allows this energy to shine through the “STAH” the typical rooftop of oriental architecture where families like to relax during the hot summer evenings. The campaign was shot with Ines and Hamza two brother and sister, and Merlin their best friend. An authentic way to represent the real energy of family and friend relationship.

The film of the collection ‘Kids of Universe’ tells the memory of the roots that nourish creativity, as if the model had transported himself during its casting into its memories, of his roots and origins. The backgrounds of the video are the home and the city of origin of the grandparents of Lilia Yasmin in Algeria.

On the creative side, ATLAL FROM GALBI honors the Algerian know-how from the country’s cultural heritage. We find identity components drawn from the origins of the designer, such as traditional jewelry, real signature of the brand, interfered in all creations.

The bernous is back in the collection as last season and illuminates this wardrobe. The illustrious handmade cape, worn for parties and weddings, is directly inspired by Lilia’s grandfather, which she skillfully revisits through her minimalist and modern design.

“Kids of Universe” explores pastel colors and different shades of blue, a nod to the dreamlike world of childhood. An allusion to the sea and its colors, but also to the famous “deep blue” suit of the Algerian police called “blue pen”.

The cuts remain genderless, for a will of equality, but also to remember that the Arabic wardrobe has always been genderless. Structured and oversized, the silhouette of this spring – summer 2023 collection reflect a powerful character, a singular way for the “Kids Of Universe” to feel important, strong and dominate their own world.

ATLAL FROM GALBI succeeds in the challenge of making culture shine through an atypical and constant fashion. The originality of the design is explained by the revival of the Franco-Algerian identity, which plays perfectly with its own influences. A chic and comfortable label based on the essential, roots, and sharing…