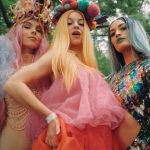 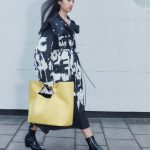 Last weekend Armin van Buuren performed five shows at the Ziggo Dome in front of more than 60,000 visitors. The 45-year-old DJ impressed with an un-Dutch production, consisting of a 21-piece orchestra, didgeridoo player Nola Zulu and guest performances by Davina Michelle, Sam Martin, Maia Wright and Wrabel, among others. All accompanied by a spectacular, matching, but above all overwhelming visual show. On Saturday afternoon, there was a special show for all ages, which unlike the other four shows was accessible to children. Together with the American artist Wrabel, the DJ created his new track “Feel Again,” also the soundtrack to the concert series. “I got to share my love for trance and electronic music with so many people last week, including young fans. It’s really great to feel again the energy that is released at a show of this stature. I am grateful for the great turnout and hope everyone enjoyed the show. I will be energized by this for a long time to come! ” said Armin.

Sunday night prior to the final show, Armin received a ‘Golden Ticket’ award from Ziggo Dome’s commercial director Danny Damman. For the most dance shows since the concert hall opened in 2012, no less than 11 shows, attracted a total of some 150,000 fans. “Soon we will be celebrating our tenth anniversary and in those ten years, Armin has held all the DJ records imaginable at the Ziggo Dome. 11 Shows, almost 150,000 fans, most shows in a row. But actually we do Armin too short to classify him in the DJ category. Anyone who has seen his shows in recent days will no doubt agree with me. It’s dance, pop, theater, it’s art, it’s so much more. Together with ALDA and Twofiftyk, Armin has developed a show that really can’t be placed anywhere. A show where no expense was spared. A show that can’t be labeled”, says Danny Damman, commercial director of the Ziggo Dome. The This Is Me: Feel Again will be streamed once on Thursday, June 30 via HYMN, tickets for this concert film are available via https://hymn.com/artists/armin-van-buuren

ALDA is a producer, concept developer and promoter of international electronic music and DJ concepts. The company organizes events such as AMF, A Day at the Park, Armin Only, A State of Trance, Electronic Family, SAGA Festival, We Are Connected, New Horizons, This is Me, Pal Mundo, OH MY! Festival and The Flying Dutch. Since ADE 2018, ALDA has been joining forces with American Insomniac. Together, the two leading production companies bring the electronic music scene to a globally diverse and broad audience. www.aldalive.com