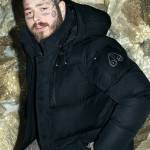 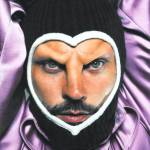 Even Armin van Buuren’s most diehard fans might have a tough time selecting the most high-profile collaborations from his voluminous discography, but the Dutchman’s new single on Armada Music would be a no-brainer to single out. A collaboration with none other than legendary songwriter Diane Warren and Swedish songstress My Marianne, ‘Live On Love’ simply ticks all the boxes of an evergreen, soul-nourishing fan favorite.

Inspired by the notion that love outweighs anything else, ‘Live On Love’ is the perfect marriage between heartening lyrics, strong vocals and a contagious chord progression. Beautiful showcasing the synergy between the artists’ musical vision and respective skill sets, this track is destined to resonate with fans worldwide and will surely take up a spot amongst Armin van Buuren’s most notable collaborations to date.

“It’s not often that I find myself in the studio in the company of one of the world’s most distinguished songwriters and I’m stoked to be releasing our collab with My Marianne. I feel this is the perfect song for when the days grow dark and I’m sure listeners will be able to draw hope and strength from it.” – Armin van Buuren

Diane Warren is one of modern music’s most celebrated songwriters. She is tied for having written the most #1 songs as a sole writer in Billboard history and was inducted into the Songwriters Hall of Fame in 2001. She has received 13 Academy Award nominations, is a Grammy winner with 15 nominations, Emmy winner and two-time Golden Globe award winner, whose songs have been featured in more than 100 motion pictures. She is the first songwriter to receive an Honorary Oscar which will be presented at the Academy’s 13th Governors Awards in November 2022.

Diane, you started songwriting in your teen years. What led you to start songwriting?

I always knew that I wanted to do it, since when I was a kid. So, I just had a dream and I worked hard to make that dream come true. I still work hard and there’s more happening right now in my life with my songs than ever. And this collaboration with Armin is exciting. I’m excited cause it’s a different kind of thing for me.

You are one of the modern music’s most celebrated songwriters, who has worked with some of the biggest names in the music industry since the 80s. Do you have specific artists in mind when you start writing new songs?

I usually just try to write a great song. I’ll give you an example. My song ‘Only Love Can Hurt Like This’ is becoming a really big hit. You’ve probably heard that with Paloma Faith, it was a big hit like seven years ago in the UK. And then all of a sudden TikTok blew the song up and now there’s another really great new version coming of it. Thank you TikTok.

The point is, I wrote that song not knowing who I was gonna give it to. Some of my best songs are songs I have no idea who was or is gonna sing. And then I hear a voice, like when I heard Paloma, and it just fits. That was the voice that was meant to do that. The song I have right now with Armin, I was working with Molly Sandén in the studio and I was having a meeting with Armin. I had just written ‘Live on Love’ and Molly was just about to sing it when Armin was coming. I was like “Wait a second, let’s team up here. Let’s make this something awesome”.

After all these songs, that have become such big international hits, where do you draw all of the inspiration from, still today?

Everywhere that you could. There’s song ideas in everything, so I keep my antennas up. I’m always coming up with ideas and songs, so it’s fun.

Is there one of the songs that you’ve written that you could say is your absolute favorite? Maybe the one that holds the most special meaning to you?

I have a lot of them. If we talk about ‘Only Love Can Hurt Like This’, that’s one. I have lots of favorite songs for different reasons. It’s like your kids, you know.

You’ve penned nine #1 and 32 top 10 hits on the Billboard Hot 100, are tied for having written the most #1 songs as a sole writer in Billboard history and was inducted into the Songwriters Hall of Fame in 2001. Success of which of these hits surprised you the most?

All of them? Whenever any of them is successful, they all surprise me. You never know what’ll happen, so whenever something works, it’s like “Wow, that actually happened”. That’s exciting. So every one of them surprises me to be honest.

You have won a Grammy Award, an Emmy Award, two Golden Globe Awards, three consecutive Billboard Music Awards for Songwriter of the Year, and have also been nominated for 13 Academy Awards. Besides that you’ve also been inducted into the Songwriters Hall of Fame and received a star on the Hollywood Walk of Fame. What does such high recognition of your work mean to you personally?

It’s great to get respect and I love getting respect from people I respect as well. But that doesn’t impact my work, cause what I do with my work is just what I always do. I just sit down and try to write a great song. And what I do, no one hardly does anymore, which is write by myself, sit down and write a great song from top to bottom. I put my blinders on and I just go to work. But that being said, I’m proud of what I’ve achieved and what I’ve yet to achieve.

After 13 Academy Awards nominations, you’ve been selected to receive an Honorary Oscar as voted by the Academy’s Board of Governors, which will be presented to you at the Academy’s 13th Governors Awards this November. What went through your head when the Academy announced this Honorary Award?

Oh, I was shocked. I’m still in shock. It’s amazing. This is even bigger than actually winning a competitive one. This is something that they’ve never handed to a songwriter before, in the 95 years of the Academy Awards, so it’s a big deal. It hasn’t even hit me yet what a big deal it is. I know it will that day. I mean, I was in shock and I’m proud and I’m excited and it’s amazing. It’s not easy, a lot of people tried to get this award.

And I’m gonna still try to win the competitive one too, cause I have a lot of good stuff coming, a lot of movie stuff coming too. You know, it happens when it’s supposed to happen. I can’t complain, cause getting nominated is the win. It’s not easy to even get nominated. And for 13 times, that’s a pretty big win right there. And I never lose sight of that.

Last summer, you released your debut album ‘Diane Warren: The Cave Sessions, Vol. 1’, which features guest performances from Carlos Santana, Rita Ora, John Legend , Jon Batiste to name a few. How did you choose the artists that you wanted to work with on this album?

I cast the artists I thought were right for the songs. It was casting the songs I wanted to do and I thought who’s the best artist for them. I kept changing it and I kept writing new songs and my album was done. I wrote ‘Sweet’ and I ran into Jon Batiste at the Oscars, where he ended end up winning and I lost again. And I’m like “Oh, I just wrote this song. You gotta do it”. So I put Jon the Pentatonix on the song and it’s doing really good.

Your songs are known to be pop, R&B, soul and pop rock and now you’re collaborating with one of the world’s biggest DJs, Armin van Buuren, on ‘Live On Love’. Tell us how was this collaboration born, what inspired it?

I’ve written ‘Live on Love’ as a ballad. I’d literally just written the song and I was in the studio with Molly Sandén, working with her on her record, doing some great songs. I thought this is a great song for Molly and she loved it. And as I said earlier, I had a meeting with Armin van Buuren, he was coming by. And my thought was why don’t we put them together and do the song, cause that song could easily be a dance record. Like, I heard it in my head. It was just like when I wrote ‘Unbreak My Heart’, in my mind that was a dance record as much as a ballad.

And so I played it for Armin. He loved it and Molly was coming in to sing it. I was like “Let’s just make magic. Let’s take these two different worlds, or three different worlds really, and throw them together”. And it just came out amazing. I love this record, I love what Armin did, I love Molly’s vocal. And I just love what it says. We can live on love. It’s a good message right now, we need more love.

Now that you mention the ballad and dance version, I would really want to hear the ballad version of ‘Live on Love’.

Oh, you will. It’ll be on Molly’s record as a ballad. It’s a different thing, but I love it both ways. I love what Armin did, I think it’s just a hit record. And I love the way we do with Molly’s, more like a Rihanna ballad kind of thing. It’s just really sparse and beautiful. And it works both ways and that’s the thing about a great song. If the song’s great, you can do all kinds of stuff with it. You can make it whatever you wanna make it, cause the song itself is like the foundation of a house. So, that’s what ‘Live on Love’ is to me. I think that could be one of Armin’s biggest hits.

How was it working with Armin van Buuren?

He’s amazing and a really nice guy too. I’m looking forward to doing more with him as well. I’d love to do maybe an EP together, like with five songs or something like that. That’d be really fun.

What was the best part about working with him?

I loved meeting with him, I loved his energy. When he sent me the final version of ‘Live on Love’, I was like “This is so great. I love this”. So that was my favorite part, hearing what he did with it.

Is trance, this new genre for you, something you would like to explore more of in the future?

Well, I’ve done dance stuff before, I’ve had a lot of dance records, but I’ve never really worked with someone of Armin’s stature in the dance world, so that that’s new and I’m really excited about it.

Click here to listen to the new song from Diane Warren

MOOSE KNUCKLES COLLABORATES WITH POST MALONE FOR THEIR NEW COLLECTION