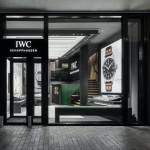 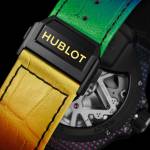 Apple Music is getting into the giving spirit this holiday season with the return of From Apple Music With Love, a special countdown to the holidays. Apple Music subscribers will receive exclusive gifts from some of the biggest and brightest names in music, stamped with love and ready for unwrapping. This year, gifts range from live concert recordings, new renditions of favorite songs, a classic album rerelease alongside a brand new holiday album, and party-crushing mixes to close out the year.  Do yourself a favour and enjoy the musical experiences we’ve put together with Apple Music listeners in mind.

One of the exclusive gifts comes from Fred again… and features 2022’s most viral mix, now available in Spatial Audio.

Fred Gibson, the utterly unstoppable DJ-producer known as Fred again.., describes his viral Boiler Room set as “chaos.” “I was almost helplessly present,” he tells Apple Music, describing the crowded-club energy that has become a hallmark of the series, in which DJs perform surrounded by dancing strangers. “I always thought, ‘Well, when I do mine, I’ll have my best friend here and my other mate here,” he said. “But it was so rammed that my best friends couldn’t get close anyway.”

The now-infamous set, which arrives in Spatial Audio as part of the From Apple Music With Love series, was one of the most talked-about DJ sets in recent history, with ecstatic, rave-y snippets that went viral on TikTok and Instagram. A highlight: When one particularly jubilant fan bumped into Gibson’s turntables, cutting the sound, Gibson was a good sport. “His name was Rodney and he was beautifully present as well,” he says. “So many people were like, ‘Why weren’t you pissed off with Rodney?’ It’s like, ‘He’s so not the enemy.’ He’s this joyful guy who’s everything you want your people to be in a club. He’s giving it everything. He’s there with you. He’s following you through every moment. So if his arm—or belly, as it was—happens to touch the pause button, who [cares]? It doesn’t matter. It’s a blessing. One sound cut or two is a blessing.”

Check out the exclusive mix here.