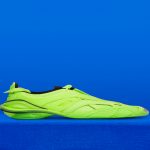 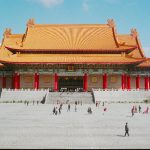 For their first collaboration in half a century, Persol worked with A.P.C. on three color variants for their iconic 649 model. It was originally designed in 1957 for tram-drivers in Torino, Italy, but became legendary when Marcello Mastroianni wore them in the movie Divorce, Italian Style in 1961.

A special campaign was shot by Sam Rock at the A.P.C. headquarters with A.P.C. founder Jean Touitou, Metronomy singer Joseph Mount and Sky Ferreira. The campaign is also accompanied by a set of four videos.

“I really enjoy wearing sunglasses when it is sunny outside. These ones can be used to simply bare with every day light, just like Kurt Cobain had to. He has become the inspiration for those white frames the venerable Maison Persol agreed to do with us.”
— Jean Touitou, A.P.C.

“Both the story and philosophy of A.P.C. have much in common with those of Persol. We are two brands granting as much importance to beauty and craft as to simple functionality.”
– Niels van Geet, Persol.

In stores from February 7th.