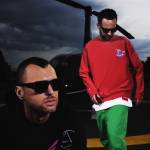 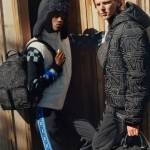 Artist Andreas Angelidakis’ first monographic exhibition in Paris, Center for the Critical Appreciation of Antiquity (2022), opens today at the historic Espace Niemeyer. It is his largest and most ambitious artwork to date and the first commission by Audemars Piguet Contemporary to premiere in Paris, coinciding with the programme’s 10th anniversary year. The curatorial team at Audemars Piguet Contemporary worked closely with Angelidakis to realise this large-scale commission—a playful, hypnotic present-day study centre for antiquity. The artwork, on view with free admission until 30 October, highlights Audemars Piguet Contemporary’s legacy of collaborating with artists to commission new works that are exhibited to a wide audience, nurturing each artist’s creativity and expanding on their practice.Center for the Critical Appreciation of Antiquity (2022) has transformed the interior dome of the French heritage monument Espace Niemeyer, designed by the Brazilian architect Oscar Niemeyer (1907–2012), into an environment resembling a site of ruin. The immersive installation, imagined as both an excavation site and a study centre on antiquity and the modern city, is a reflection on how Greek culture is consumed globally today. The artwork’s multiple layers integrate architecture, archaeology, pop culture, night life and mass tourism—and wink at the artist’s own personal history.

The commission’s focal point draws on Angelidakis’ extensive research into the history of the Greek Temple of Olympian Zeus in Athens. The artwork mirrors the current remains of the Temple: a monumental column surrounded by ruins. Yet the artist adapts the aesthetic by using everyday materials such as scaffolding and fabric printing. For instance, what appears to be details of a marble Greek column is in fact printed fabric on foam blocks.

The artist’s attention to detail and design come through in every aspect of the installation. His central column—printed fabric with a monumental Ionic column hanging on scaffolding—has at the top an image of a container, a reference to the column dwelling allegedly used by monks who, during the 19th century, lived in isolation in a “hut” (kaliva) at the top of the column at the Temple of Olympian Zeus to be closer to a higher being. The yellow construction chutes that run down the spine of the column nod to Athens and its changing landscape, particularly impacted by a proliferation of touristic rentals in recent years.

Next to the central column is a modern-day shipping container made of wood and printed fabrics, filled with 3D-printed sculptures, revealing an exhibition within an exhibition, and referencing souvenir shops at archaeological sites. Surrounding the central column and container to complete the Center for the Critical Appreciation of Antiquity’s study centre is a mix of sculpture, furniture, and life-size books—all of which can be touched, moved, and interacted with. The books’ pages can be turned and used as a chaise lounge by visitors; and armchairs which appear as columns can be sat on or stacked. The commission builds on the artist’s practice of soft ruins, which he has been exploring since 2003. Angelidakis invites the public to make the installation their own, contradicting the traditional notion that artworks are not to be touched.

Alongside the exhibition’s soft ruins are a series of videos that create a mystical ambiance including a projection of a design of repeated Stylite figures and Ionic columns set on stage, with musical sounds referencing Athenian nightlife. The darkened space and spotlight on the column more closely align with the atmosphere of a night club, further deconstructing contemporary art practices and the traditional display of artworks within a brightly lit white cube.

Based in Athens, Angelidakis is classically trained as an architect, though refers to himself as “an architect who doesn’t build.” Today, his practice focuses on contemporary art, informed by his training in architecture. In the early 2000s, Angelidakis moved away from designing physical buildings and started to create and engage with 3D virtual architectural spaces. His practice examines the idea of ruin—of both ancient and contemporary societies. He views architecture as a site of social interaction, creating works that reflect on the sociology and history of modernism in architecture, urban culture, and digital media.

Through the public exhibitions, Audemars Piguet Contemporary aims to bring commissioned artworks to a wide global audience. Center for the Critical Appreciation of Antiquity (2022) coincides with the programme’s 10th anniversary year as well as the inaugural edition of Paris+ par Art Basel which takes place at the Grand Palais Éphémère from 20 – 23 October 2022.

IN CONVERSATION WITH ARTBAT