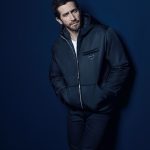 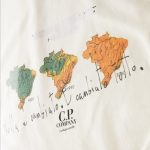 ALLED-MARTINEZ and Pepo Moreno invite you to revolt. The Barcelona-born menswear designer, LVMH award winner in 2018 and 2020 nominee, has joined forces with Paris based queer artist Pepo Moreno to create a capsule collection of 4 t-shirt that honours historical pride marches messages.

« We both share an unapologetic visual language and wanted to do something to honor the pioneers of the movement », says Alled-Martinez.

The t-shirts, that recall a vintage 70s cut, are printed with original Pepo Moreno’s artwork, who pre-sented early this year his rst solo show in Paris. A part of the pro t of this capsule collection will be donated to STOP SIDA, an iconic Spanish non-pro t organization that had been ghting the HIV stigma since its creation in 1986. Collection is shot on members of the LGBTQI+ community by Adrià Cañameras. T-shirts will be available in pre-order from mid-June at alledmartinez.com.

In conversation with Jake Gyllenhaal