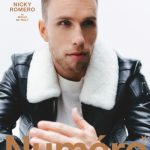 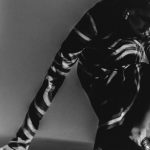 Alexander McQueen takes over London skies for the latest show

“I am interested in immersing myself in the environment in which we live and work, in London, and in the elements as we experience them each day. We moved from water – and the mud on the banks of the Thames – to the sky and the ever-changing, all-encompassing magnificence that represents. The artwork for the prints in this collection was shot from the rooftops of the studio where we are lucky enough to have the most incredible views of the city: from Saint Paul’s Cathedral to the London Eye. We watched the weather and captured the formation and colouration of clouds from daybreak to nightfall and documented changing patterns, from clear blue skies to more turbulent ones. That led me to storm chasing. I love the idea of the McQueen woman being a storm chaser, of the qualities of storm chasing uniting the passionately individual community of characters wearing the clothes. They inhabit the same universe and the clothes are inspired by and made for them. Storm chasing is not only about the beauty of the views but also a sense of mystery and excitement – about embracing the fact that we can’t ever be sure of what might happen next. To give up control and be directly in touch with the unpredictable is to be part of nature, to see and feel it at its most intense – to be at one with a world that is bigger and more powerful than we are.” – Sarah Burton, Creative Director

In conversation with Nicky Romero

In conversation with Charlotte de Witte