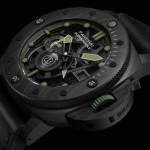 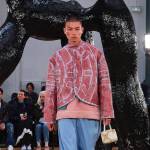 ALAÏA WILL OPEN ITS NEW AMERICAN STORE, ON 149 MERCER STREET

“New York has always been one of the creative hearts intimately linked to the history of the house,” explains Myriam Serrano, Alaïa’s CEO. “We are delighted to open this new and exciting chapter in a city that means so much to fashion, to creativity in general and to Alaïa.”

This opening in Soho also celebrates the unique bond between Alaïa and the arts; a shared heritage is brought to life once more. “New York has a very special significance for me”, tells Pieter Mulier. “It’s the city of resilience. And resilience is the feeding ground for creativity. That’s why it is so important for Alaïa to be present, once again, in the heart of New York.”

More than just a boutique, Alaïa’s New York space will be a place of encounters and discoveries, where beauty appears plural and infinite.

Like Azzedine Alaïa, Pieter Mulier is influenced by his passion for art and design to create  “I’ve chosen to show works that celebrate American art, from design to painting”, tells Pieter Mulier. “I’ve compiled some of my favorite artists, the ones that never stop inspiring me…”

Amongst the selection, are exceptional pieces. Two chairs by Donald Judd, whose foundation is near the Alaïa store. Surface Series (from Currents), a series of eighteen prints by Robert Rauschenberg, also present in the collection of the Moma, a diptych by Mike Kelley, and a monumental work by Jonathan Horowitz.

The architectural structure of the store was designed by Sophie Hicks. The British architect also conceived the Alaïa boutiques in Tokyo and Shanghai. She has imagined a refined and minimal space, creating an intimate environment for the discovery of the maison’s creations.

THE PARTNERSHIP BETWEEN PANERAI AND BRABUS FORGES AHEAD