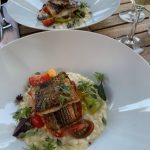 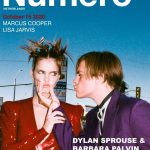 Events Music On the Playlist Video

PC Music is proud to announce ‘Apple’ a new album from A. G. Cook set for release on September 18th. A first track from the album, ‘Oh Yeah’, is released today, accompanied by a self-directed video. The track was premiered last night (August 16th) with a BBC Radio 1 First Play from Annie Mac and follows last week’s release of A. G. Cook’s critically acclaimed 49-track opus 7G.

The notion of pure, classic songwriting is one of the core aspects of ‘Apple’ and 'Oh Yeah' is Cook’s most direct attempt. The track begins with his untreated vocals placed atop a strummed acoustic guitar singing the entrancing main hook. The video is just as open: Cook is front-and-centre performing the song directly to camera. Cook says “the song itself – like most pop music – is really about confidence & escapism, and how bittersweet those things can feel.”

Cook further states: “‘Apple’ is my own take on Personal Computer Music. I've always been interested in the blurred line between bedroom and professional studio production, and at what point a personality either gets created or accidentally takes shape. For me there's a great sense of freedom in combining something slick with something naive – a reality where anything could happen. In calling the album ‘Apple’, I wanted to draw attention to one of the simplest, most everyday objects, which somehowcontains references to almost everything imaginable – from computers to The Beatles, New York to Snow White, and an entire world of history and mythology. A little free advertising doesn't hurt”

7G’s seven instruments (Drums, Guitar, Supersaw, Piano, Nord, Spoken Word, Extreme Vocals) form the sound palette of ‘Apple’. Described by Cook as “threatening to be an instrumental producer album, then becoming a songwriter album”, the album features some of his most ambitious and emotional songwriting, as well as his most vivid sonic ideas as a producer. Together, 7G and Apple showcase Cook’s sheer breadth of ideas, and illustrate why he’s one of the most vital artists working today.

PRE-ORDER for our coming Fall & Winter issue is now available on BoutiqueMags.com