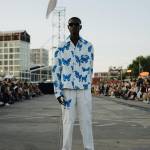 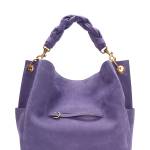 Afrojack is set to give a spectacular pre-race show on Sunday September 4 at The Formula 1 Heineken Dutch Grand Prix – live from the grid.

The Formula 1 Heineken Dutch Grand Prix announces Afrojack and DubVision to be the artists responsible for this year’s Official Song. On Sunday September 4 Afrojack is about to perform for tens of thousands fans of the highest level in racing – during his pre-race show. Together with DubVision, they will give the crowd a first glimpse of their brand new collaboration ‘Feels Like Home’.

Afrojack is proud to be partnering up with Formula 1: “I’m extremely honored to have been asked by the Dutch Grand Prix to collaborate with my good friends DubVision for the Official Song and to perform pre-race and post-race. Expect a spectacular show with a lot of surprises. Obviously we’ll perform the anthem, which will be released on September 2!”

For brothers Stephan and Victor Leicher – better known as DubVision – both enormous Formula 1 fans, the project is extra special. “I don’t think it’s fully sinked in yet that we’ll actually be taking part in the Dutch Grand Prix, one of the biggest moments in sports of the year. We’ll be working around the clock together with Nick to make sure we deliver the best version of the track possible. Let’s hope ‘The Sea of Orange’ approves!”

Imre van Leeuwen, one of the three directors of the Dutch Grand Prix, about the partnership. “We as Dutch Grand Prix are very proud to be able to work together with world famous Dutch artists on the Official Song for a second year in a row. It is a tradition in the making. Afrojack and DubVision will present their new track from the grid on Sunday, just before the race, in front of millions of fans. With this collaboration, we raise the bar a little higher. We are ready for more!

LIEBESKIND BERLIN LAUNCHES THE SECOND GENERATION OF “THE EDIT”