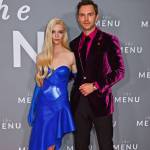 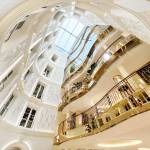 “This launch means the world to me,” says Pro team rider Lil Dre. ”adidas is one of my favorite brands, and I want to thank the entire skateboarding team for helping me bring my vision to life. The Forum High is my favorite silhouette to skate in, and I enjoyed doing something different and not often seen with the colorway. Plus, pink is my favorite color!”

While Maxallure co-founders, longtime friends and San Francisco OGs Karl Watson and Nick Lockman reimagined adidas’ iconic Campus model, they gave artistic freedom to Lil Dre to take on the timeless Forum along with apparel pieces that jump-started his foray into fashion design. Under the next-gen skate icon’s creative vision, the latest collection pushes the envelope of conventional skate aesthetics that reflects Lil Dre’s bold, androgynous style on and off the board and runway. The capsule is also a reflection of Maxallure’s core ethos of uplifting the new wave of young skate talent, bringing its multi-generational story full circle.

“It was a no-brainer to let Lil Dre design a few pieces for this collection with adidas Skateboarding,” states Maxallure co-founder Karl Watson. “Him and fellow co-owner Tafari Whittier share a similar San Francisco background as Nick and I. I gave Tafari his first skateboard when he was just three years old. When Tafari was in his teens, he paid it forward by giving his then neighbor–Lil Dre–his first skateboard at the ripe age of 11.”

”That’s why I’m so excited to have partnered with adidas Skateboarding for this capsule. Working with one of the world’s biggest footwear brands has really set a new standard for future collaborations, and is a reassurance that Maxallure is on the right track. It was fun to bring some of the preppy looks I wore growing up into a new light as well.”

A rider-led collaboration, the Forum 84 ADV by MXA Dre arrives in a white and pink colorway alongside the quintessential three stripes in chenille embroideryadjacent to “Lil Dre” chain stitched on the heel strap. As a nod to classic varsity jackets, the silhouette features Maxallure’s distinctive MXA branding on the side with debossed numbers “8” and “4” imprinted on the left and right heel. A premium leather upper rounds out the Forum 84 ADV by MXA Dre that provides extended durability and support.

Opting for a more traditional skate aesthetic, Watson and Lockman select a black and white combination with pops of royal blue for the Campus ADV by MXA footwear. The co-founders strategically highlight the MXA branding beneath an iced-out sole to emulate a gymnasium court logo that harks back to the silhouette’s college basketball roots. “Think Positive Thoughts” appears on the sockliner with an emblematic trefoil and MXA branding separately dented into the left and right heel tab to cap off a fresh spin on the archival classic.

The capsule’s collegiate theme extends to its apparel offerings in both colorway and design details. Combining a coach jacket and high-end dress shirt into one, the Coach Shirt is the collection’s most avante-garde piece. Pearlescent pink buttons punctuate the all-white shirt with subtle MXA branding in microdot print that can only be seen up close, inviting the onlooker’s eyes to appreciate the rosy stitched contrast.

Finishing off the capsule is a cable knit Sweater Vest, a Ringer Tee and black Track Pants made of durable canvas.