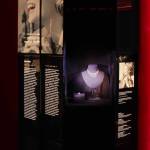 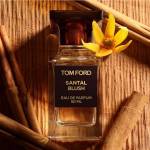 Amsterdam, September 5, 2022 – Today, Ajax, Adidas, and fashion brand Daily Paper release the second chapter of their 2022/2023 pre-match collection for the reigning Dutch champion. Uniting elements throughout the collection is an eye-catching East African beadwork-inspired print in the Pan-African colors red, black and green. With the kit, Ajax, Adidas, and Daily Paper celebrate multiculturalism in Amsterdam; a city hailed worldwide for its diverse population and inclusive personality.

‘Amsterdam is where we shine’, with Imaan Hammam

With the collection, a second film with ‘Amsterdam is where we shine’ as the theme is released. With Daily Paper as creative and artistic lead, Rogier Smalhout as director, and production by Halal, it is an all-Dutch creative and production. Starring fashion industry icon and Dutch native top model Imaan Hammam as narrator, the campaign is a celebration of diversity and community.

Iconic Amsterdam locations featured were carefully selected to champion Amsterdam natives, entrepreneurs and local business that make up the community that is brought together by and for the love of Ajax; spotlighting the notable café Ruk & Pluk, the black and unique doll shop Colourful Goodies, Asian fusion restaurant Mito, concert hall Bimhuis, Turkish restaurant Efes and sports store Smit-Cruyff.

The collection reflects the roots of Daily Paper, many Ajax players, and others that were born and raised in Amsterdam or later moved to. A nod to the iconic architecture of the Dutch gables is featured as the hero monogram print.

The standout design element features Pan-African colours red, black and green, representing the blood that unites all people of colour, forgotten ancestors, and the fertility of growth; with white details used for the Ajax crest and main sponsors. The universal colourway speaks to the many multi-cultures in and around the sport.

The collection features a men’s and women’s version of the pre-match jersey, a warm top, an anthem jacket, a track jacket, track pants, and a hooded sweatshirt. The key articles of the collection will be worn in the warming-up and line-up in games national and international when Ajax plays in the home or third kit. Ajax will wear the pre-match collection for the first time in the UEFA Champions League game against Glasgow Rangers, on Wednesday, September 7.

Available in October, pre-order now. The collection will become available at the end of October, through retail channels of Ajax Adidass, Daily Paper and selected retailers around the world. Fans can pre-order the product on ajax.nl/shop and dailypaperclothing.com(Europe) now.