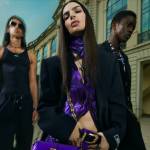 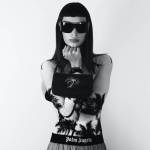 This is the first creation as part of a three-year collaboration between Acqua Di Parma and SR_A. The iconic Colonia – presented at design Miami – shows an artistic take on duality. A project that simultaneously preserves and renews. Colonia Limited Edition, designed by Samuel Ross reinterprets the design codes of both houses and goes for a completely new blueprint. Worldwide sales start in March 2023.

Acqua Di Parma was founded in Italy in 1916, with Colonia as its first perfume. Colonia Limited Edition, designed by Samuel Ross celebrates the timelessness of this perennial classic, which has not been worked on for over 100 years. Samuel Ross’ dynamic interpretation of Colonia is a tribute to the past, processed through his contemporary lens into a glimpse of the future.