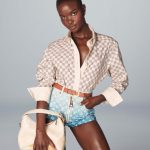 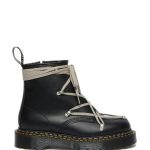 Harvesting the Golden Fruit par excellence, the bergamot, in a eld inundated with sunlight, gently rubbing its bright skin and being ensconced by its robust and faceted smell. The new fragrance of Bergamotto di Calabria La Spugnatura by Acqua di Parma revolves around the artisanship, the human touch, and the fullness of nature. A limited edition born from using a unique essential oil extracted using a time-honoured artisan technique, which makes the world of the Blu Mediterraneo fragrances even more special.

A project long nurtured by La Maison which has always loved to preserve the oldest and most valuable artisanal processes of the Italian micro-territories. The origin of this new fragrance is deeply rooted to the bergamot elds of Calabria, where very few artisans in the world still practise the old sponging technique. A fascinating traditional process, which results in the complete manual extraction of the bergamot essence.

A true art which requires time and skilful, precise, delicate gestures. The artisan cuts each fruit in two equal halves with a well-sharpened knife. Then, using a utensil in the shape of a spoon called “cavatore”, he separates the skin from the pulp. Immediately after, the bergamot rinds are manually rubbed on sea sponges which thus absorb all the essence. In the nal phase, the artisan squeezes the sponges full of essential oil with precise movements inside a terracotta container, in order to collect the precious scented liquid.

The limitedness and therefore the uniqueness of the essence depend on the human production capacity. Two artisans manage to go through between 75 to 100 kg of fruit in an hour and at least 200 kg are required to obtain one kilogram of essential oil. In one day of hard work, around 4 kg of essential oil are collected, but the result is inimitable. The sponge, malleable and soft in contact with the rind, preserves all the facets of the fruit and it is this unique sillage which distinguishes the Bergamotto di Calabria La Spugnatura.

Acqua di Parma unveils a new Eau de Toilette in full symphony with the rhythms of nature and man. From the onset of the fragrance, you would appear to be in a eld of bergamots and seemingly picking the fruit with your own hands, brushing it delicately to immerse yourself in the bright fullness of its notes. Around the heart of the bergamot, every ingredient is orchestrated such as to exalt the various intonations which it already encompasses. The mandarin and orange notes exalt its succulent and fruity accents, whilst the grapefruit highlights its sour notes. The green tones of the ferula reveal its mineral intonations and its oral traces of the geranium highlight the enrobing sweetness. An olfactory pyramid with an original structure which expands the robustness of the bergamot in a surprising sensorial evolution. A rich fragrance, bright and full of vivacity which glori es the bergamot in all its facets.

THE PORCELAIN BOTTLE and THE ICONIC HATBOX:

For the first time La Maison creates a porcelain bottle, which within the ceramic family, absolutely represents the most precious variety. An excellent piece of artisanship which is distinctive for the intense blue colour obtained by adding cobalt in the mix.

The bottle is an artisan production and wholly characterised by the re-use of the water and the waste materials according to the principles of the circular economy, besides the natural mineral components of which it was made, produce a non- porous and non-polluting material for mankind and for the environment.

The long process starts with the production of the plaster mould in which the porcelain mix is poured manually such that it takes up the iconic Art Dèco form. The mould is rotated several times on itself to ensure that the mix adheres to the sides and is then turned upside down to extract the extra mix. At this point, the bottle is left to dry for 30-40 minutes before being extracted from the mould in solid form. The artisan then re nes the individual bottles, precisely removing the minimal imperfections in order to obtain an even surface which is smooth to the touch. Always manually, it is then immersed in a glaze bath and placed to bake in an oven for 8 hours; the bottle then takes on a deeper blue tone which is highlighted by the shiny nish. For the nal touch, the artisanal application of the embellishment which is then set by baking the bottle for a second time. On the blue background, the marvellous golden bergamot fruits stand out in white and golden re ections.

A harmony which is completed with the lid, as always in blue porcelain, and with the label made from waste powder originating from marble quarries. Designed exclusively in the 100ml format, Bergamotto di Calabria La Spugnatura is made with care up to the very last detail. The pump can be separated from the bottle thanks to a screw top, obtained with a special grinding technique specially developed for Acqua di Parma. It is this screw pump which allows re lls of the fragrance, exclusively available from Acqua di Parma Boutiques due to the rarity of the essence. A masterpiece of craftsmanship, the bottle is such a particular and re ned object that it feels only natural to preserve it to embellish the interior of one’s own house. The iconic cylindrical box is wrapped in PSC certi ed paper set in a special blue tone, in perfect harmony with the blue tone of the porcelain bottle. The label is also produced with waste powder from marble quarries. Finally, to stamp the uniqueness of the fragrance, the small golden seal which portrays the Bergamot fruit and carries the engraved words “Limited Edition – La Spugnatura”. A fragrance of inimitable charm, which rises from the human and natural history which it recounts.