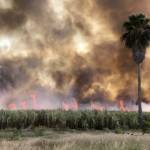 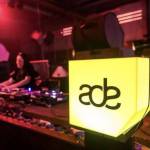 Romantic roses, wedding-night bed sheets, white satin bridal slippers and Valentine’s bows – all are subverted in the Spring/Summer 2023 womenswear collection. An undone ease pervades occasionwear, as well-loved archetypes are twisted and abstracted for the new season.

“I wanted to do a show that celebrated the 10-year anniversary of Acne Studios in Paris, and the most iconic event I could come up with was a wedding. I find weddings fascinating because they are always a melting pot, and they kickstart a lot of aesthetic choices. There’s something cute, kitschy, sweet about weddings – but also something serious, tense, and vulnerable. I wanted to put a spin on the classic, kitschy wedding, referencing everything from the tablecloth to the chandelier, the wedding-night bedsheets, the bride’s shoe, the bows, and the cute flowers. And I wanted to counterbalance the archetypes of formalwear with playful touches – opening up a blazer to show what’s underneath, or adding a small flower to a dress because it’s poetic,” says Jonny Johansson, creative director of Acne Studios.

Draping comprises a persistent theme, with silk, tulle, fine crochet knit, creponne and jersey ruched and wrapped round the body or left to fly. Romantic lace, georgette, and satin-crepe is juxtaposed with harder, more utilitarian fabrics such as hand-painted leather trimmed with studs and garment-dyed cotton organza.
Tablecloth gingham in pink, brown, baby-blue and cherry-red adds a saccharine edge to oversized tailoring, which is offset by raw-edged cut-outs, twisted rose shapes and flocked tulle flowers. Transparent fabrics are enlivened with diminutive florals and heart-shaped appliques. A naïve pastel painting of two cats by the American artist Karen Kilimnik features on the bottom of a leather bucket bag. Preoccupied with distorting romantic traditions and appraising consumer culture, her work featured heavily in the Menswear SS23 collection.

A new minimalist shoulder bag style, the Platt (which translates as ‘flat’ in Swedish), debuts in suede and cracked leather, with a pocket-mirror pouch and spike-and chain-adorned straps. Elsewhere, a delicate metallic box-bag with a bow motif and a roomy and micro-sized bucket bag smothered in metallic spikes accompany catwalk looks.
Acne Studios debuts its ‘AS’ Monogram in jacquard print. Offered in two new shapes: the minimalist Platt and a patchwork denim and vinyl style. Directly following the SS23 show, the Platt Monogram will be offered as a limited early release available online and at select locations globally. It’s the first iteration of Acne Studios Monogram which will launch with a bigger range in spring 2023.

Acne Studios showed its first collection in Paris during the Fall/Winter 2013 season at the Palais Galliera, known at the time as the Musée de la Mode de la Ville de Paris. “We ended up in Paris as the result of a collaboration with the Musée de la Mode, and that first show was very ambitious. My goal was to collaborate with an iconic museum of French heritage in a modern way. I asked my friend, the artist Katerina Jebb, toscan the antique pieces from the museum’s archive and then I projected the scans onto the fabric I was using, either printed or embroidered, then cut our modern pattern on top. In my mind, it became a meeting between Scandinavian and French culture,” says Jonny Johansson. To mark 10 years in Paris, Acne Studios presents its Spring/Summer 2023 collection at the Palais de Tokyo, an equally emblematic Paris institution.

The Women’s Spring/Summer 2023 collection will be available in all Acne Studios stores and on acnestudios.com from March 2023.

In Conversation with Jonny Johansson

Why did you decide to go with the ‘subverted wedding’ inspiration for the SS23 womenswear collection? I know you mentioned before for SS23 menswear that you’d been thinking about your own wedding and what you wore.

Why did you decide to go with the ‘subverted wedding’ inspiration for the SS23 womenswear collection? I know you mentioned before for SS23 menswear that you’d been thinking about your own wedding and what you wore.
It’s the 10-year anniversary for us in terms of showing in Paris, and I thought that maybe we should be reflecting on that. The most iconic event I could come up with is the wedding. For me, it’s the kickstart to a lot of aesthetic choices. That’s why I used wedding as a starting point – what’s the most interesting event, that people are used to participating in, to celebrate something? When it comes to a wedding, all the family members are meeting each other – so I put a spin on that and then I reflected on my own wedding.
I think a wedding in general is an interesting thing, they’re always different. But it’s kind of a melting pot of
a lot of things. When I thought about my wedding, I wanted to do quite a classic wedding but it was kind of kitsch at the same time. The kitsch aspect I related to a bit, so I played with that a little bit, like we usually do, with a playful approach. There is something cute, kitschy, sweet about weddings but also something serious and vulnerable. So, these words I wanted to include.

Draping, ruching, gathering fabric is a recurring motif for SS23 – why do you find this idea appealing?

It’s a literal imagination of also the connotations around weddings – anything from the tablecloth to the chandelier, to the bedsheets. The woman’s shoe is very important at the wedding, people are always obsessing about the bridal shoe, and the bows and the cute flowers are always there, lots of elements.

The wardrobe archetypes are strong in this collection – trench coats, biker jackets, tuxedos – how do you make them feel new again?

Let’s say the tuxedo, or the smoking jacket, is iconic for an event, it’s the thing you have to wear, so I would always want to put to a spin to it… It is like asking yourself; “where am I going, what am I doing?” If I’m wearing a trench coat to a wedding – that says something about my style. For me, if I go to an event where everybody is supposed to have a smoking [jacket], I have to resist that in some way because that’s just the way I am. So, I mix it up – I take my jelly shoes, instead of my smoking patent shoes.
So that’s how I think about it – the trench coat person that’s standing [at a wedding] in a trench coat, it’s telling you something about that person. And then I build around that story. If I wear a suit – I’d feel sort of vulnerable, so I would open the blazer up and show what’s underneath, or I crochet or knit a small flower, because it’s poetic and vulnerable. It’s really about counterbalancing the archetype.

It’s 10 years since your first show in Paris, what do you think has changed for Acne Studios and for the fashion industry at large in that time?

We were very ambitious for our first show. We were collaborating with the Musée de la Mode, le Palais Galliera, so everything made sense and came together. At the Museum, they have a big collection of Fashion Archive of course and when I went there, I looked at everything and sort of felt like this big heritage is something we don’t have in Sweden, we don’t have that depth of fashion history just yet.
Which made me think further on how to collaborate with an iconic Museum in a modern way? I still wanted to do my scandalous clothing. So I asked my friend, British artist Katerina Jebb, to scan very historical archive pieces like Marie Antoinette’s dress and Napoleon’s jacket, and just printed or embroidered them on the fabrics and cut our patterns randomly around it. In my mind, this became a meeting between theScandinavian and the French culture. It was very ambitious, it wasn’t easy, but the product was good.

Do you feel a sense of pressure, 10 years on, to make this a good show?

I do – but I think it’s going to be cool. You will get the sense of the wedding theme, both are celebrations after all.