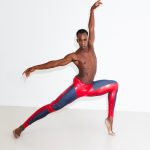 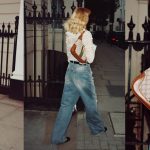 Food Lifestyle Things to do Travel

Matcha Mafia’s first location opened in April 2019 on Saenredamstraat in the popular Amsterdam Pijp area. They are scheduled to open their second location in August 2020 in Amsterdam in the famous nine streets area.

Their matcha – directly imported by Matcha Mafia – is from Uji, Japan and is the highest quality 1st harvest Ceremonial Grade Matcha. Matcha is green tea leaf powder full of antioxidants, amino acids (L-theanine) and natural caffeine. When drinking Matcha you're actually drinking the entire green tea leaf which means that you absorb all the nutrients the leaves provide. That is why when you drink matcha you get approximately 137 times more antioxidants and 10 times more nutrients than drinking normal green tea. Matcha also boosts your energy level with caffeine over 3-4 hours for a more mellow and sustained and steady energy boost without the jitters for people who are sensitive to caffeine.

Matcha Mafia serves eight Signature Lattes, Refreshers and Seasonal Specials. The lattes are served both hot and cold (both in store and delivery). They also offer an extensive selection of vegan milk options like oat, coconut, almond and soy milk, and their very own vegan milk blend called “Mafia Milk”! The brightly colored drinks (Orange, Green, Pink, Purple, Blue) are completely 100% natural and use no artificial coloring. They are paired with health ingredients and adaptogens such as Ashwagandha, CBD, Maca Root, Collagen, Activated Charcoal and Blue Majik. While it is not featured on the menu, they do serve coffee and even have a drink called the ‘Dirty Matcha Latte’ which is a matcha latte + shot of espresso, for those in need of a big caffeine rush!

Not only does Matcha Mafia serve you great drinks, they also have healthy food options and try to be Vegan and Gluten Free friendly. They serve a selection of Matcha Toasts, Matcha Bagels, and Mafia Bowls. Some signature dishes include their famous Matchacado Toast (rated #6 best selling vegetarian dish in the Netherlands), Breakfast Bagel on Holland’s first and only Matcha Bagel, and their Halloumi Breakfast Bowl. They also offer treats such as Matcha Banana Bread, Mochi Ice Cream, Chia Seed Pudding (vegan and gluten free), as well as their own Matcha Chocolate with Rice Puffs. All this and much more!

The company is founded by couple Marije Achterbosch and Alexander Dengler who brought their love of matcha back with them to Holland after living in New York and experiencing the matcha latte culture there. Frustrated that there was nowhere in Amsterdam to get a good quality matcha latte, they decided to open the doors to their first location last year along with the help of their friend Ilona Swagemakers. While Marije is the woman creating all the wonderful recipes, together their dream is to educate and bring matcha to everyone in the Netherlands, Europe and the world!