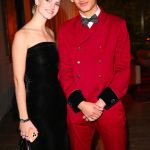 The Seoul Metropolitan Government announced that it will hold a digital 2022 S/S Seoul Fashion Week for 7 days from Wednesday, October 7th to Friday, October 15th. It will take place at one of Seoul’s historical landmarks and is expected to be viewed all over the world.

KAI, a member of K-pop idol group EXO, is the ambassador for this season’s Seoul Fashion Week. As the face of Seoul Fashion Week, KAI will shoot promotional content while wearing BMUET(TE) clothing and encourage domestic designers to enter the global market. This event is expected to not only heighten international interest in Seoul Fashion Week, but also draw attention to the 600 years of history and the bright future of Seoul.

After first experiencing the potential of a digital fashion show during last October’s 2021 S/S Fashion Week, organizer aimed to further improve the event by taking it to the next level. This event will feature a runway stage that showcases the past traditions, present, and future of Seoul through a fashion film. All of it will be shot beforehand in famous locations that aptly portray Seoul’s history, culture and day and night landscapes.

This Seoul Fashion Week will consist of 37 fashion shows over the course of seven days, with an opening and finale hosted by famous artists. The (Seoul Collection) presented by 26 renowned designers, will be held at the National Palaces and other locations representative of Seoul’s cultural heritage. Produced by 11 rising designers, (Generation Next) will take place including DDP, which is a location widely regarded as a designer’s gateway to success, along with other runways connecting the past and future of Seoul.

Runway clips of 2022 S/S Seoul Fashion Week will be released starting from October 7th (Thur.) on the official webpage of Seoul Fashion Week (http://www.seoulfashionweek.org) and on other platforms including the YouTube channel, Naver TV, VLIVE and TikTok. A detailed schedule of the event will also be uploaded on the official webpage, and video shorts, backstage clips, and other fun content will be released via TvnD and the TikTok Channel.