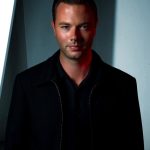 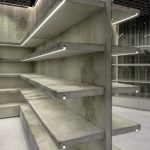 In the weekend of 26 to 28 November, the city of Maastricht was dominated by the 13th edition of FASHIONCLASH Festival. As planned, it was a hybrid edition with an online and offline program in Maastricht. Not only was the program of a hybrid design, the work presented shows the polyphony of a current generation of designers and artists who move with their own practice in the hybrid domain of presentation forms, social engagement and who use fashion to empower.

This time you could follow FASHIONCLASH Festival completely online from your own location. Audience could watch live streams of shows, performances and table discussions online. The physical program was connected with the online program with the Digital Dive reports. Designer Helène Klein went out with De ZAAK (collective of Lore Mechelaere and Nanine Maria Kok)in the city and made daily reports and interviews of exhibitions and pop-up shops in the city.

Fashion and culture lovers could discover work by a new generation of designers and artists from all over the world. The program with fashion presentations, exhibitions, theater and dance performances, short fashion films and conversations, showed projects that explore, contextualize and celebrate contemporary (fashion) culture.

What is special about the FASHIONCLASH program is that projects are presented that are initiated by FASHIONCLASH itself in co-production with other organizations. Much attention was paid to inclusion, participation, social design and talent development

The Clash House, one of FASHIONCLASH's core projects, is a development program and showcase for innovative designers, focused on crossovers between fashion and other art disciplines. Participants are challenged to experiment with presentation forms in which storytelling and interaction are central. On Sunday evening, The Clash House was presented through performances, installations, film and discussion with the participants. Participants of The Clash House 2021 edition are: Bobbine Berden Design, Carlijn Veurink, TEUN, The Nightmare Disorder and TheNEWtribe.

For New Fashion Narratives, FASHIONCLASH entered into a collaboration with the Theatre Academy Maastricht and filmmaker Daniel van Hauten/Wedovoodoo.tv. Designers were paired with directing students from the Maastricht Theater Academy with the aim of developing and recording concepts for films and performances. The result is a surprising mix of approaches and stories from designers and a generation of designers who explore the boundaries of their discipline and question the system and the fashion industry.Designers who are central to New Fashion Narratives see fashion as a mission. Their works move between the transdisciplinary domains of fashion, social design, visual arts and in their work, they look at the relationship with the ultimate user/consumer. In this way they introduce contemporary themes such as sustainability, gender, consumption and thus new narratives for fashion.

The committed and hybrid mentality of the current generation of designers and artists could be felt at the Open Mic Night, a new festival program in which the participants literally took the free stage.
This unique comedy club-inspired event aligns with the hybrid festival format. During the Open Mic Night, ten different designers and (performing) artists presented their work in the form of a fashion presentation or performance. Open Mic Night was directed by Giovanni Brand and presented by the multidisciplinary performer and artist ARIAH LESTER.

Fashion Makes Sense is FASHIONCLASH's inclusive audience participation program from which two projects have been developed. 'Off the top of my head' is a short film by Luca Tichelman and Rens de Waal made with young people from Tilburg Noord as part of the Second Skin project.‘STAND-IN’ is a project by fashion designer Antoine Peters and theater maker Lieke Benders (Hogefronten), developed in collaboration with The Masters and workshop participants.

Individual Events is a collection of self-initiated activities by various designers and artists. These are physical activities that take place in Maastricht, Aachen (Germany) and The Hague. Visitors could go out during the day and visit the impressive installation by Antoine Peters in the Bonnefanten museum, the installation by Christa van der Meer in the garden of Marres or the work of various designers at the Brandweerkantine or Blanche Dael.

During this edition, there of plenty of attention was paid to fashion film. On Friday evening, two FASHIONCLASH productions premiered. In addition, at Lumière Cinema you could watch a selection of fashion films from designers and makers from all over the world. A number of films were shown here for the first time, such as the premiere of STUDIO PASARELLA's film (UN)CENSORED. In this digital age, fashion film (fashion short film) is an effective way to capture a layered story and reach a wide audience through online platforms and media. In addition to short fashion films and many fashion film festivals, there has also been an emergence of digital fashion and virtual presentations in recent years.

FASHIONCLASH Festival is an initiative of the Maastricht (Netherlands) based FASHIONCLASH Foundation, an interdisciplinary showcase and development platform for fashion and fashion culture and a worldwide network of new generation fashion makers and (performing) artists. Since 2009, the FASHIONCLASH Foundation supported more dan 1000 designers and artists from all over the world and realized more than 200 projects in the Netherlands and abroad, including China, Portugal, South Africa, Malta, Germany, Belgium, Poland, etc.

The program consisted of a number of table discussions that could only be followed online. Stephanie Afrifa, who hosted the entire online program, moderated the Fashion Talks with several speakers. Speakers at 'The Future of Fashion is Phygital' included Esther Hammelburg (Expert on live experiences in hybrid events and senior lecturer at the Amsterdam University of Applied Sciences), Shayli Harrison (Speculative Fashion Designer & Mutani CEO) and Frank Verkade (Current Obsession). In addition, Iris Ruisch (Managing director M-ODE Foundation) and Sebastiaan Kramer (Managing director / co-owner Hul le Kes and Studio Ryn) talked about www.Culture.Fashion , a new open and values-driven fashion and textile network in the Netherlands.